Well, first of all, I’ll warn you…this week’s CWL might ramble a bit as I was working on it a bit later at night than normal. Why the late night you may ask? Well, we’ve had a number of special projects going on this week, that included a full day of work on the weekend installing some new imaging equipment and then preparing for a new batch of Hansen Collection duplicate coins to be entered into auction. You’ll see that a nice group of nearly 90 coins which span the scope of American numismatics, went live with our most recent auction Tuesday evening. There are a number of cheaper pieces, followed by some exceptionally high-end highlights that you might wonder “how is this not in the #1 set?!”... trust me, we often wonder that as well!

This past week, we were able to complete the Hansen Set of Early Dimes with Major Varieties. The last piece that we had been searching for was a 1798/97 10C. We had hoped to find a lower graded piece over the past few years, but one never came available. So, while we had been offered this coin 3-4 times previously, the price dropped a bit and we finally decided to jump on the PCGS/CAC MS63 (13 Stars Reverse) ex: Pogue.

The coin is truly a special piece and it’s another completed set in the Hansen Collection, which ties a lovely bow around another exciting round of collecting. We had some plans of displays at the upcoming ANA show for the Hansen Collection, with the possibility of a grading challenge between two of his sets. Alas, we’ll have to hold off for a bit longer before we can do that.

Elsewhere on the DLRC-front, we had another week of office work. This week has actually brought us fewer groups of coins, but the highlights have been much more prominent. We’ll have an amazing key date Saint coming up in auction next week (1930-S PCGS/CAC MS66+), some more amazing coins from the Hansen Collection, and as a handful of other prominent highlights. Interestingly, we also have a really nice run of modern gold $5 commemoratives ending this weekend, so the numismatic opportunities should prove quite diverse this week! That being said, we’ve reached the point of not knowing what will be ready on the following week for auction. All we do know is that something interesting will undoubtedly pop up, and will hopefully be worthy of discussing next week. It also could be YOUR collection!

I know we’ve been touting our consignment special since May, but it’s been so popular we’re going to keep offering it until the end of the partial lock-downs. It has succesfully gotten more coins in our hands and it gets consignors better results with less fees. And, when you finallly get a chance to view the new imaging methods we'll to be utilizing in the coming months, I think you’ll see yet another great reason to give us a call and experience the DLRC Difference. That’s all I’ve got for now. Please stay safe, stay healthy, and we hope that you’re able to take some time to enjoy your hobby over the next few weeks.

Click here to continue reading and view our coin highlights! 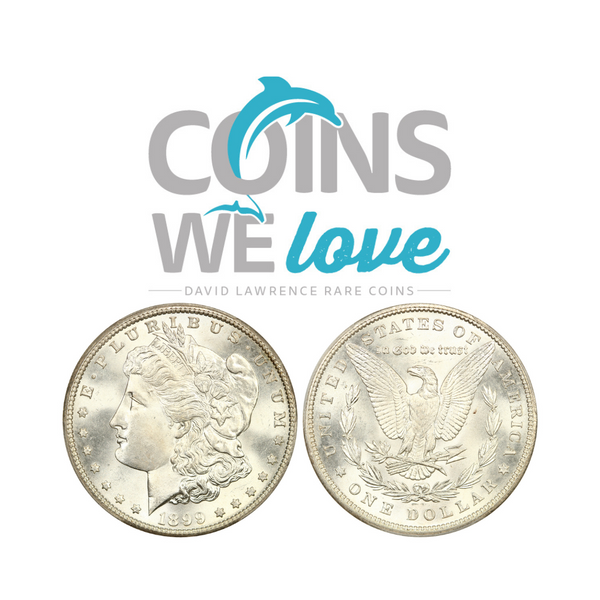