To paraphrase Margaret Mead, a small group of thoughtful, committed citizens can make great change when working together. John Brush of David Lawrence Rare Coins and John Feigenbaum of the Coin Dealer Newsletter, along with lobbyist Stephen Haner, and the Industry Council for Tangible Assets (ICTA) have worked tirelessly since the beginning of last summer on expanding the Virginia Sales Tax exemption on bullion to include rare coins. After several trips to the capitol in Richmond, Virginia, many phone calls, and numerous meetings, the bills have passed through the legislative branches and the first one ultimately was signed into law on February 21st, to be enacted starting on January 1, 2018.

In this winter’s short legislative session, HB 1668, sponsored by Delegate Christopher Stolle, and SB 934, sponsored by Senator and Gubernatorial candidate Frank Wagner and Senator Bill DeSteph, were introduced. All of the legislators are Virginia Beach Republicans. There were ten co-sponsors and the identical bills passed the House and the Senate unanimously. Overall, the bill provides a tax exemption on any legal tender coin when the transaction is greater than $1,000. In addition, the bill extends the already established exemption on bullion transactions from 2019 to 2022.

Governor Terry McAuliffe signed the bill into law on the final Tuesday of the legislative session. While the support was broad-based and bi-partisan in the legislative branches, there was still a very good chance that the bill would not pass due to the state’s current fiscal situation. Fortunately, the pleas of collectors and dealers from throughout the state of Virginia were heard. Another strong push of support was given by the convention bureaus of Richmond and Virginia Beach and the Virginia Chamber of Commerce in hopes that the ANA would consider a national show at some point in the near future in one of the popular locales. We also found there are many legislators, staff people and even lobbyists who invest in bullion or collect coins and were fans of the proposal.

Between now and January the state Department of Taxation will work on a guidance document for dealers but the bill language would allow the $1,000 exemption threshold to be met by the sale of any combination of bullion and legal tender coins.

“This is a really exciting time for collectors and dealers in the state of Virginia,” said Brush. “While it took significant financial and personal resources to get this done, it was an honor to serve and help the hobby within our great state. We only hope that it will have an overwhelming impact on our businesses and that we’ll be able to host a much larger trade show in the not too distant future.” 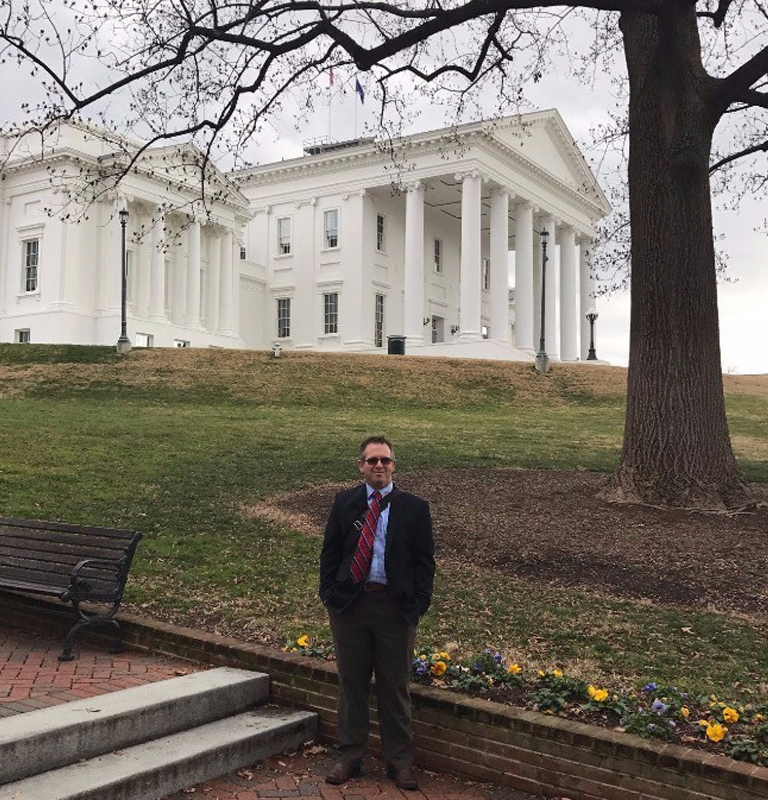 For more information on the Virginia exemption, please contact John Brush by telephone at 800.776.0560 or email john.brush@davidlawrence.com. If your state does not have an exemption, why not join the ranks of the states that have one? Take the first step now by contacting ICTA to learn more. Call 410.626.7005, email info@ictaonline.org, or visit ictaonline.org.